United Cerebral Palsy (UCP) is dedicated to improving the lives of children and adults with cerebral palsy and other disabilities. The UCP Board of Directors established the UCP Research Committee (URC) in 2020 as an important component of this endeavor.

The URC was created to provide hope on behalf of those that UCP serves and galvanize excitement for what is possible through a vision of transformative research that changes the way we think about and care for people with cerebral palsy and related disorders.

The mission of the URC is to award research grants that advance clinical, translational and knowledge transfer/implementation research that will directly and positively impact persons with a disability. Each year, the URC will vet and award research grants to qualifying projects. The URC goals for the research grant program are to lay the foundation for larger intervention studies, enhance existing research studies, and support the growth and development of UCP clinicians and researchers.

The committee consists of a cohort of clinicians, scientists, advocates, business leaders and individuals whose lives are touched by cerebral palsy and who all share a passion for change and a vision for a better future. Of the members, two or more members represent the UCP affiliates whose work in our communities is where lives are changed.

Michael Kruer MD is a pediatric movement disorders specialist neurologist and human geneticist. He serves as an Associate Professor of Child Health, Genetics, Neurology and Cellular & Molecular Medicine at the University of Arizona College of Medicine – Phoenix.  He also serves as director of the Pediatric Movement Disorders Program at the Barrow Neurological Institute, Phoenix Children’s Hospital. Michael’s lab is dedicated to understanding how genetic mutations lead to both common (cerebral palsy) and rare movement disorders in children and how genetics can serve as a springboard to improvements in both diagnosis and intervention. Michael’s clinical focus is on the care of children with cerebral palsy and related disorders, and he is a major proponent of trans-disciplinary collaboration in CP care. He received the Laura Dozer award from United Cerebral Palsy of Central Arizona in 2019 for promoting a life without limits for individuals with disabilities. His research has been supported by numerous public and private foundations, philanthropy, industry collaborations, and federal grants, and has appeared in a number of highly respected publications. The Kruer lab is currently collaborating with the Cerebral Palsy Research Network on an NIH-funded study of CP genomics whose goal is to better understand causes of cerebral palsy in order to bring personalized treatments to people with CP. Michael is a co-chair for the UCP Research Committee.

Valerie Pieraccini MS, OTR is the Director of Clinic and Homebased Therapy Program & Early Learning Center and has practiced as a pediatric occupational therapist for over 30 years, working with children at United Cerebral Palsy of Central Arizona since 1994. Valerie received her Bachelors and Masters in occupational therapy at Western Michigan University and A.T Still University respectively. Her current focus is on implementation of evidence practice for children with cerebral palsy. She is a member of the American Academy for Cerebral Palsy and Developmental Medicine. Valerie is a co-chair for the UCP Research Committee and a member of the UCP Professional Learning Series committee. She is the lead author of Handprints: Home Programs for Hand Skills and has lectured often on children’s hand skills.

Mark E. Gormley MD is a pediatric rehabilitation medicine physician at Gillette Children’s Specialty. He treats children and adolescents who have cerebral palsy, brain injuries, spinal cord injuries, neuromuscular disorders, and other conditions, with a special interest in spasticity management. He joined Gillette in 1993.

Dr. Gormley received his medical degree at the University of Louisville School of Medicine in Louisville, Ky.  He completed his residency in physical medicine and rehabilitation at Tufts Affiliated Hospitals in Boston and completed a fellowship in pediatric rehabilitation medicine and traumatic brain injury at the University of Michigan Medical Center.

Dr. Gormley is board-certified in pediatric physical medicine and rehabilitation. His professional memberships include the American Academy for Cerebral Palsy and Developmental Medicine, the American Academy of Physical Medicine and Rehabilitation, the Association of Academic Physiatrists and the Association of Children’s Prosthetic-Orthotic Clinics. He is on the UCP Board of Trustees and is the Board Liaison for the UCP Research Committee.

Dr. Ilene E. Wilkins   MPA, EdD is the President/CEO of UCP of Central Florida since 2002 and a member of the staff since 1995.   Originally hired as the Center Director, she has been instrumentally in growing the agency from providing services to 150 children to making a difference in the lives of thousands of children with and without disabilities and their families. Dr. Wilkins has served as a national and statewide leader in the field of disabilities including appointed by the Governor as the Chairman of the Florida Interagency Coordinating Council for Infants and Toddlers with Disabilities for Children’s Medical Services and head of various policy task forces.   She currently serves as a member of the Early Learning Coalition of Osceola County and Orange County and the Board of Directors for United Cerebral Palsy National.  Dr. Wilkins was also honored as the Central Florida Women of the Year by the Women’s Executive Council, CEO of the Year for the Orlando Business Journal and Katherine Maui Leadership Award by UCP National. She is on the UCP Board of Trustees and is the Board Liaison for the UCP Research Committee. Previously, Dr. Wilkins was the Executive Director of the Massachusetts Association for Professional Foster Care where she helped lead foster care and adoption policy and legislative changes locally and nationally.  Dr. Wilkins has Bachelors from New York University, a Masters in Public Administration from Suffolk University and received her doctorate in Exceptional Education from the University of Central Florida. Dr. Wilkins has six children, thirteen grandchildren and three dogs. Dr. Wilkins was also a foster parent for ten years, fostering over 150 children and teens.  She has a passion for traveling, roller coasters and reading.

Bhooma Aravamuthan MD, DPhil is an Assistant Professor, pediatric movement disorders specialist, and neuroscientist in the Division of Pediatric Neurology at the Washington University School of Medicine and the Cerebral Palsy Center at St. Louis Children’s Hospital. She completed her research doctorate at the University of Oxford in England, medical school and pediatrics residency at Washington University in St. Louis, and child neurology and movement disorders fellowships at Boston Children’s Hospital and Massachusetts General Hospital before returning to Wash U as faculty. She is vice-chair or co-chair-elect of the Scientific Program Committees for two national organizations: the Child Neurology Society (CNS) and the American Academy of Cerebral Palsy and Developmental Medicine. She is also Chair-elect of the American Academy of Neurology (AAN) Intellectual and Developmental Disabilities Section, co-founder and co-director of the CNS Cerebral Palsy Special Interest Group and co-leads the Cerebral Palsy Research Network Committees on Dystonia Research and Dystonia Quality Improvement. Her translational research on dystonia pathophysiology following neonatal brain injury is funded by the National Institute of Neurological Disorders and Stroke has received awards from multiple organizations including the 2022 AAN Jon Stolk Award in Movement Disorders Research. She is also married and a mom to three children – twin 4-year-old boys and an almost 2-year-old girl.

Diane L. Damiano PT, PhD, FAPTA is a Senior Investigator at the National Institutes of Health in Bethesda, Maryland and Chief of the Functional and Applied Biomechanics Section in the Rehabilitation Medicine Department. Her research focuses on the design and investigation of activity-based rehabilitation programs and development of robotic devices to promote optimal motor functioning and enhance muscle and neural plasticity in cerebral palsy. Her laboratory also has pioneered the use of mobile brain imaging technologies to investigate cortical activation during the emergence of motor skills in infants and children with and without cerebral palsy. She has published more than 125 scientific papers and is an Associate Editor of Neurorehabilitation and Neural Repair. She has served as President of the American Academy for Cerebral Palsy and Developmental Medicine (1st physical therapist & 4th woman in their 61-year history) and the Gait and Clinical Movement Analysis Society. In 2016, she was selected as a Catherine Worthingham Fellow of the American Physical Therapy Association, the highest honor in this profession. She recently received a NIH 2020 Director’s Award on Equity and Diversity for her lifelong research and service for children with disabilities and their families.

Dr. Fehlings is a Senior Scientist in the Bloorview Research Institute. Her research focuses on the innovation and evaluation of interventions for children with cerebral palsy. She is the lead investigator of an Ontario Brain Institute integrated neuroscience network focused on children with cerebral palsy (CP-NET) and leads the CP Discovery Project in the Canadian NeuroDevNet Networks of Centres of Excellence. Dr. Fehlings was the president of the American Academy for Cerebral Palsy and Developmental Medicine (AACPDM) in 2015. 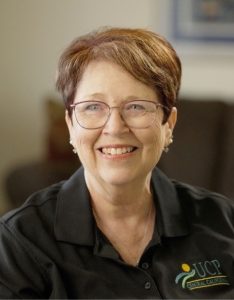 Debbie Gibson is the Director of UCP of Central California’s Children’s Program. Debbie proudly states her mission is helping families whose children are delayed or have a diagnosed disability. Her journey with UCP was decades in the making. Debbie is the sibling of an older brother with special needs. She and her husband tried for 12 years to conceive a child. In 1989, they adopted two boys, ages 2 and 3. Four months after the adoptions, Debbie became pregnant with Joshua and was hospitalized at 23 weeks gestation. He was born at 27 weeks and spent 10 weeks in NICU. Joshua fell behind in gross motor development and began attend the UCP Children’s Program. He was diagnosed with Cerebral Palsy at two years of age and began walking at three years of age.  A few years later she was surprised with another pregnancy. She later learned at 29 weeks gestation the baby had a stroke in-vitro causing loss of his motor, language, and vision cortexes. Her youngest son’s diagnosis includes seizure disorder, quadriplegic cerebral palsy, cortical vision impairment, and intellectual disability.  A few months later Debbie began her career at UCPCC. She joined the Family Resource Center as the Program Coordinator, provided support and advocacy for parents. She returned to school to study Early Childhood Education. Later she added Project Manager for the First Five Parent and Me Programs to her current position. This Program is a recipient of the UCP Nina Eaton National Program of the Year Award. In 2017, Debbie was named Program Director of UCPCC Children’s Program which includes UCP’s Early Intervention Program. Throughout her career with UCPCC, Debbie has led and served with the understanding of what families experience during these difficult times; and when the family is served, the child is served. 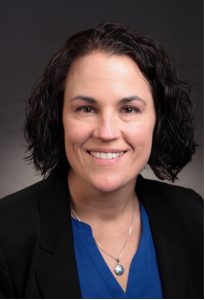 Karen Harpster PhD, OTR/L is a clinician scientist and occupational therapist and has been at Cincinnati Children’s Hospital since 2011.  Karen is also an assistant professor at the University of Cincinnati and a faculty member for the Leadership Education in Neurodevelopmental and Related Disability (LEND) Program. She received her Master’s in Occupational therapy and Ph.D. in Rehabilitation Sciences both from The Ohio State University.  She is Clinically, Karen evaluates and treats children with neurodevelopmental disorders with a large focus on infants and children with cerebral palsy and/or cerebral visual impairment.  Karen’s research focus is to develop research and clinical programs for prevention and early treatment for infants at high-risk for cerebral palsy and those with cerebral visual impairment. 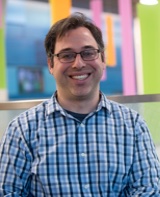 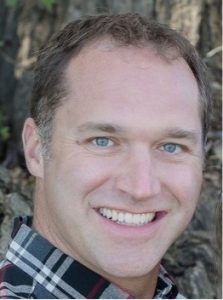 Adam Rozumalski PhD is the Director of Operations for the James R. Gage Center for Gait and Motion Analysis at Gillette Children’s Specialty Healthcare. Adam received his undergraduate degree from Michigan Technological University and his Ph.D. from the University of Minnesota, both in Biomedical Engineering. He started as a graduate student doing research at Gillette 20 years ago and has been there ever since. His research interests include outcome assessment in cerebral palsy, clinical decision support and quality.